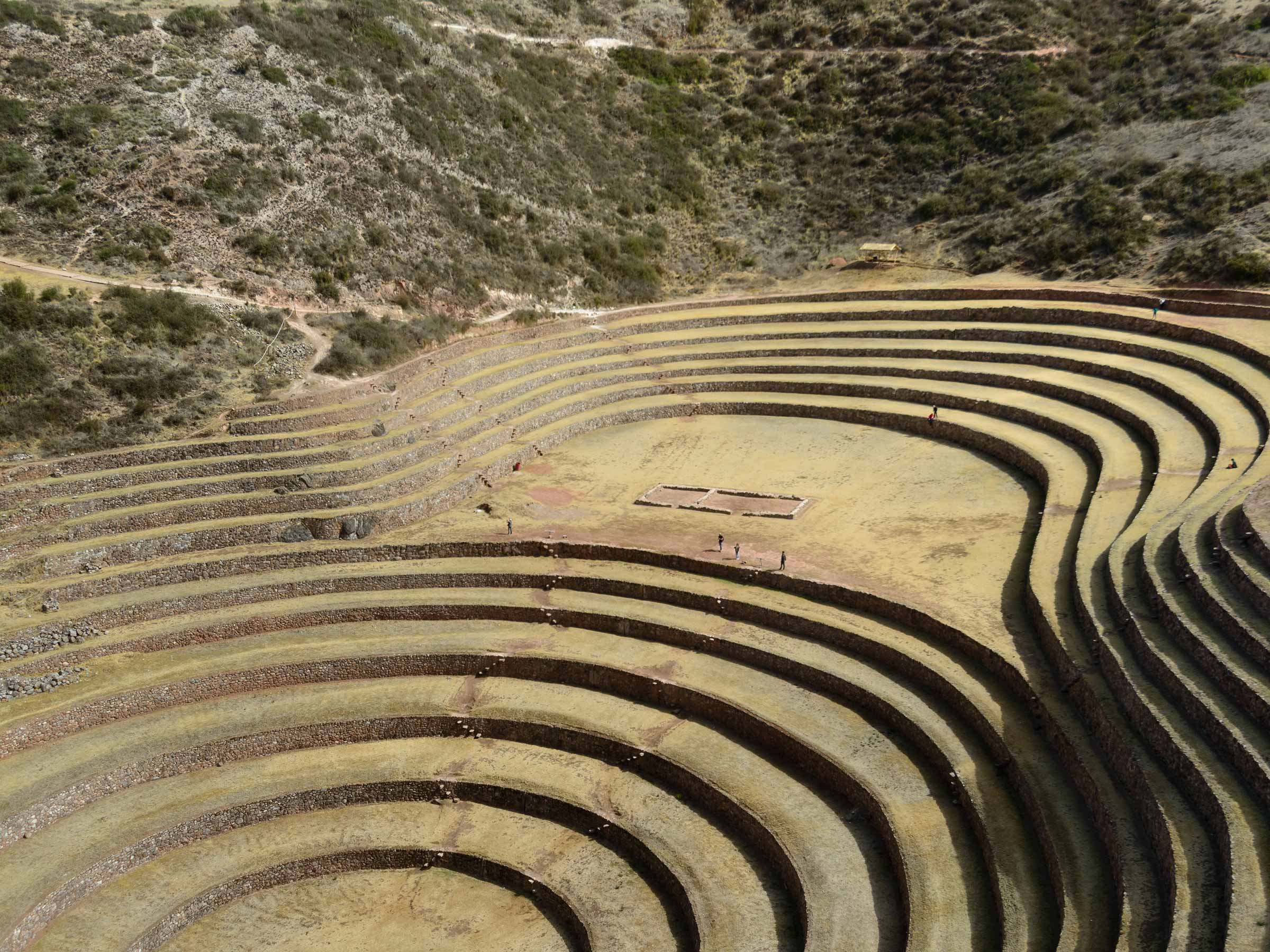 In a tourist bus, we travel from Cusco past Saqsaywaman & Tambomachay, over the mountains toward the Sacred Valley. On our visit, we will be passing through the beautiful towns of Pisac, Ollantaytambo, Chincheros, and Cusco

Modern Pisac is a picturesque Andean Village, typical except for the huge, spreading pisonary tree that dominates the central square. The village is best known for its Sunday market, which draws hundreds of tourists each week. In spite of its popularity the market retains much of its local charm, at least in the part where villagers from miles around gather to barter and sell their produce. In the tourist section of the market you can buy a wide variety of handicrafts – mostly the same things you see in Cusco.

Later on, we will have a chance to visit a very special ruin site in Ollantaytambo, and see the many temples of pink granite stone and the famous Princess’ Bath. After this, take some time to explore the spaces of Ollantaytambo on your own – the last living Incan city!

Chinchero is a small Andean Indian village located high up on the windswept plains of Anta at 3762m about 30km from Cusco. There are beautiful views overlooking the Sacred Valley of the Incas, with the Cordillera Vilcabamba and the snow-capped peak of Salkantay dominating the western horizon. Chinchero is believed to be the mythical birthplace of the rainbow. Its major claim to tourism is its colourful Sunday market which is much less tourist-orientated than the market at Pisac.

The village may have been an important town in Inca times. The most striking remnant of this period is the massive stone wall in the main plaza which has ten trapezoidal niches.  The construction of the wall and many other ruins and agricultural terraces (which are still in use) are attributed to Inca Tupac Yupanqui who possibly used Chinchero as a kind of country resort. Entrance to the main plaza and ruins requires a ‘boleto turistico’.

In the main plaza an adobe colonial church, dating from the early seventeenth century, has been built upon the foundations of an Inca temple or palace. The ceiling and walls are covered in beautiful floral and religious designs. The church is open on Sundays for mass.

As for Cusco… The city itself has been protected as a World UNESCO Heritage site since 1983 – this in itself just shows how marvelous it is! Our amazing tour guides will lead you throughout the ancient city, wonder by wonder – special for your own private group! You will learn about ceremonies, how people lived, and how they connected with the Pacha Mama – or “Mother Earth”. Our local guide will give you inside information passed down so that you will get the real story of what happened here.

On our city tour of Cuzco – the capital of the region, we will visit the famous local market of San Pedro. There is a huge diversity of products available. We will see the 12 square stones at Inca Roca Palace in Cusco. We will also visit the Cathedral and the Temple of the Sun. We will even have the change to enter Sacsayhuaman Temple, Tambomachay and Qenqo – famous sites around Cusco. Within Saqsayhuaman, our guide may even have a special surprise for waiting for us…

Pick up early in the morning from your hotel in Cusco, Pisac, Ollantaytambo,or the Sacred Valley of the Incas.

From cusco:  Cusco the Incan Civilization Capital:Visit Awana Kancha ( special location to see Andean weavers working, llama, alpaca farm, 30 min from Cusco), Visit Pisac market Pisac archaeological site , Lunch at Pisac town, and then visit Ollantaytambo archaeological site and town ,after finish the tour at Ollantaytambo in the afternoon we will return to Cusco by the road of Chinchero (1h 30min) to the hotel. If you stay in the Sacred we will drop you in the sacred valley ,if your plans are to take the train to Machupicchu we will drop you at Ollantaytambo train station. 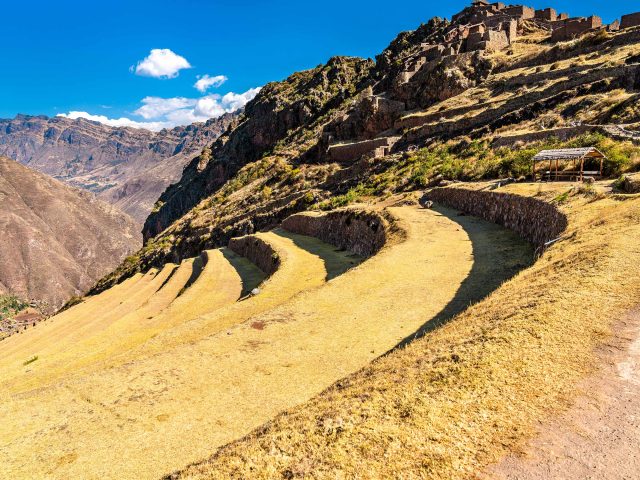 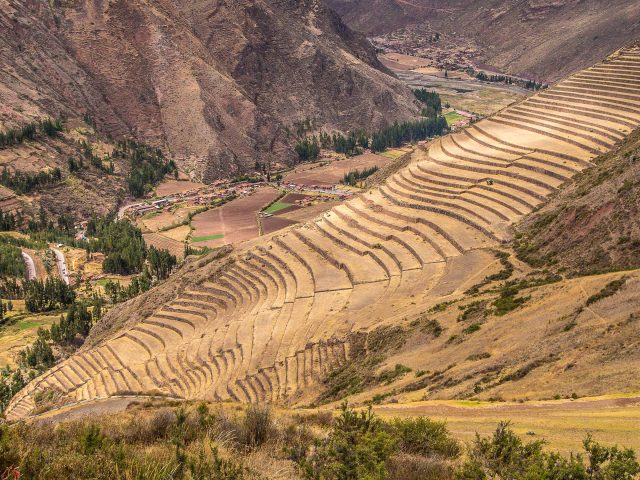 Pick up early in the morning from the hotel in Cusco,Visit Chinchero nice Inca city with nice farming lands and very beatiful church ,visit Moray agriculture Center, Maras salt mines a natural resource from the Inca times, and then Ollantaytambo.After finish the tour at Ollantaytambo or salt mines return to Cusco by the same road to the hotel. Optional box lunch. 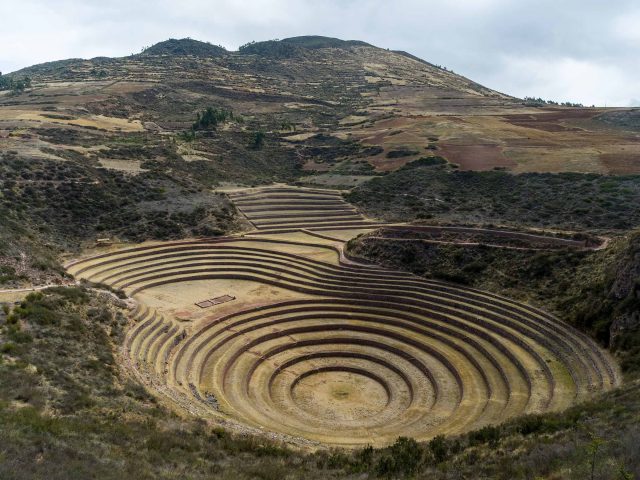 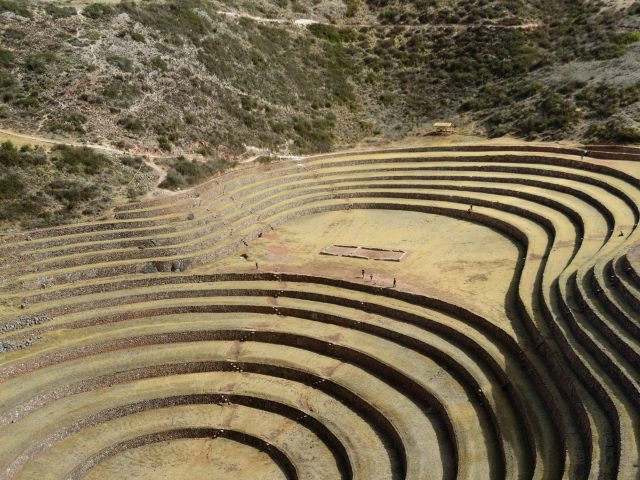 Pick up early in the morning from the hotel in Cusco, Visit Huaro town, visit the stone museum,” Andahuyllillas Sixtine chapel” visit Pikillacta Pre Inca archaeological site(Wary-Huary civilization) and then visit Tipon, another Inca archaeological site. After finishing, our tour, return to Cusco by the same road as the hotel. Optional lunch at Tipon. 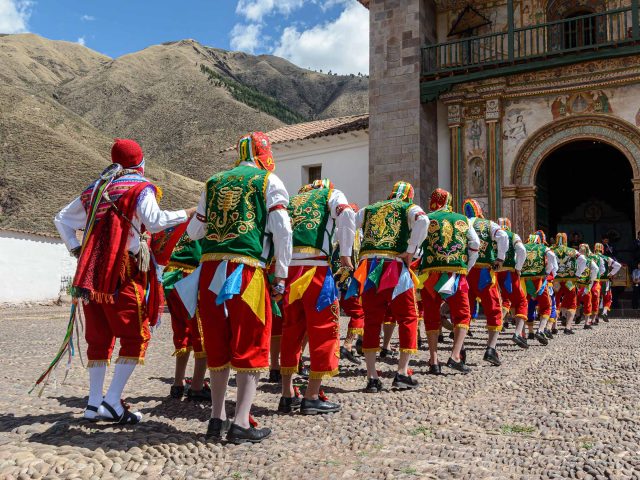 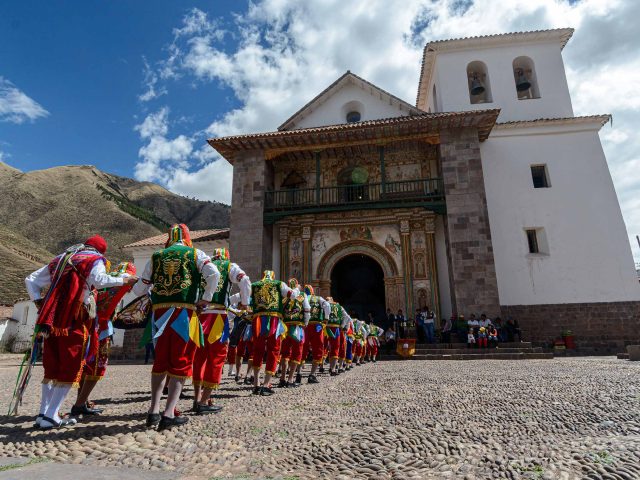 Pick up from your hotel at Cusco or Sacred Valley, early in the morning or early in the afternoon, visit the main archaeological sites around Cusco Sacsayhuaman, Kenko, Pukara, and Tambomachay, and then visit Inka museum the best museum in Cusco city. “Other tour options from Sacred Valley of the Incas or Cusco”

Prices for both options : Rates or Tour cost are Per day:

Please remember as this is private tour we do not add other people in our group. If you are student don’t forget to bring the ISIC valid student card the cost of the tickets for different national parks is ½ cost with the valid student card.

To confirm your trip, pay 50% by western union. Paypal to (info@pumapath.com), Pay the other 50 % in your arrival to Cusco in our office before or after finish the tour, payment can be made in cash us $ or s/ local currency. (Peruvian money)

Prices depend on the type of service you choose from the following:

Your choice of these features will make determine your price.