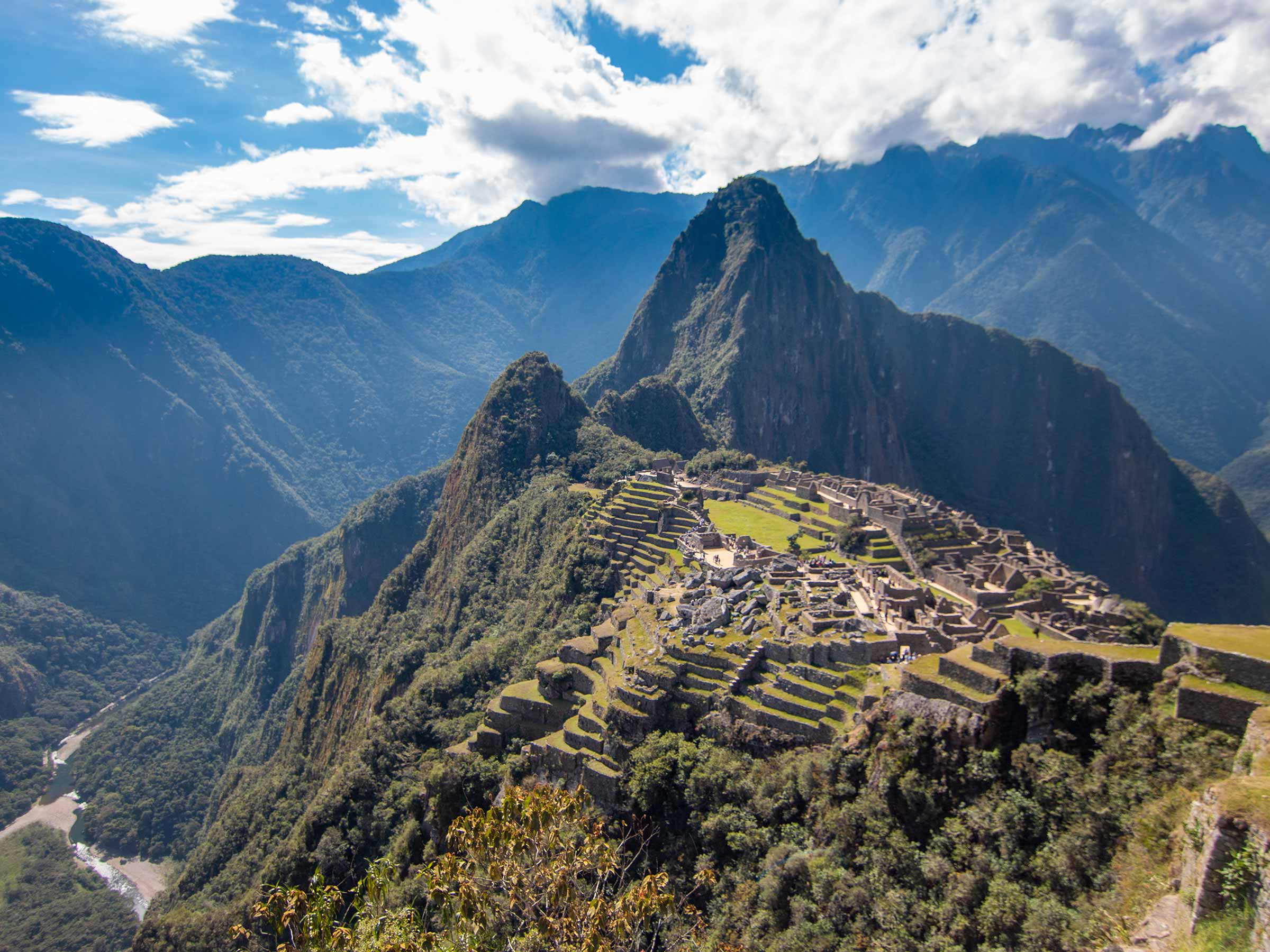 Our amazing Machupicchu Tour guides will lead you throughout the ancient city, wonder by wonder. You will learn about ceremonies, how people lived, and how they connected with the Pacha Mama – or “Mother Earth”. Our local guide will give you inside information passed down so that you will get the real story of what happened here.

Machupicchu is tangible evidence of the urban Inca Empire at the peak of its power and achievement—a citadel of cut stone fit together without mortar so tightly that its cracks still can’t be penetrated by a knife blade. It stands 2,430 m above sea-level, in the middle of a tropical mountain forest, in an extraordinarily beautiful setting. It was probably the most amazing urban creation of the Inca Empire at its height; its giant walls, terraces and ramps seem as if they have been cut naturally in the continuous rock escarpments. The natural setting, on the eastern slopes of the Andes, encompasses the upper Amazon basin with its rich diversity of flora and fauna. It is situated on a mountain ridge above the Sacred Valley which is 80 kilometers (50 mi) northwest of Cuzco and through which the Urubamba River flows.

The complex of palaces and plazas, temples and homes may have been built as a ceremonial site, a military stronghold, or a retreat for ruling elites—its dramatic location is certainly well suited for any of those purposes. The ruins lie on a high ridge, surrounded on three sides by the windy, turbulent Urubamba River some 2,000 feet (610 meters) below.

The Inca’s achievements and skills are all the more impressive in light of the knowledge they lacked. When Machupicchu was built some 500 years ago the Inca had no iron, no steel, and no wheels. Their tremendous effort apparently benefited relatively few people—some experts maintain that fewer than a thousand individuals lived here.

Machu Picchu was declared a Peruvian Historical Sanctuary in 1981 and a UNESCO World Heritage Site in 1983. In 2007, Machupicchu was voted one of the New Seven Wonders of the World in a worldwide Internet poll.

Machupicchu was built in the classical Inca style, with polished dry-stone walls. Its three primary structures are the Inti Watana, the Temple of the Sun, and the Room of the Three Windows, of which your tour will visit all three.

You will have a full guided tour by your English speaking guide. After that you will have plenty of time on your own to explore and enjoy Machupicchu, and discover the wonders of the ancient city yourself!

This Machupicchu Tour is booked with an Expedition Tourist train, reserved seats.
Transfer from hotel approx at 6.30 -6.45 am. This will be reconfirmed by main office the day before the tour at your check-in.

Prices depend on the type of service you choose from the following :

Your choice of these features will determine your price.